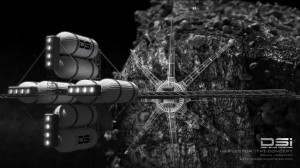 The asteroid mining business got a bit more crowded as a new concern called Deep Space Industries (DSI) enters the ring. The company announced its public launching at the Museum of Flying in Santa Monica, California where a panel presentation of officials and guests outlined DSI’s philosophy and plans for becoming a major force in opening up asteroid mining within a few years.

DSI, currently based in McLean, Virginia, was started mid-2012 and is currently seeking additional investors and customers. According to the panel, there are 9,500 near-Earth asteroids with 1,700 of these easier to get to than the Moon. The company believes that by keeping costs down and concentrating on creating a series of near-term returns it’s possible to make mining these asteroids not only feasible, but a business field capable of almost unlimited expansion. . . . Read Complete Report