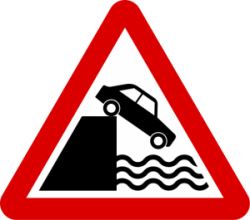 Getting Worse: 40 Undeniable Pieces Of Evidence That Show That America Is In Decline

Is America in decline?  That is a very provocative question.  I have found that most people that hate the United States are very eager to agree that America is in decline, while a lot of those that love the United States are very hesitant to admit that America is in decline.  Well, I am proud to be an American, but I cannot lie and tell you that America is doing just fine.  The pieces of evidence compiled below are undeniable.  Our economy is deathly ill and is rapidly getting worse.  We were handed the keys to the greatest economic machine in the history of the world and we have wrecked it.  But until we are willing to look in the mirror and admit how bad things have gotten, we won’t be ready for the solutions that are necessary.  The truth is that there are things that we can do to reverse the decline.  It does not have to be permanent.  We have gotten away from the things that made America great, and we need to admit that we are on the wrong path and start fixing this country.  But if we choose to continue down the road that we are currently on, it will lead us into the darkest chapters in American history.

The following are 40 undeniable pieces of evidence that show that America is in decline…. continue