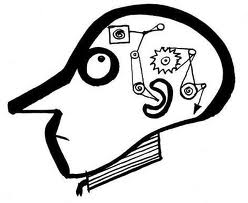 For some reason this report scares the hell out of me.  It’s Like something out of a Roger Corman movie.. . . EDITOR

A team of neuroengineers based at Brown University has developed a fully implantable and rechargeable wireless brain sensor capable of relaying real-time broadband signals from up to 100 neurons in freely moving subjects. Several copies of the novel low-power device, described in the Journal of Neural Engineering, have been performing well in animal models for more than year, a first in the brain-computer interface field. Brain-computer interfaces could help people with severe paralysis control devices with their thoughts. . . . Read Complete Report

Category: Advanced Science and Such, Eyeballin' the One World Order /