Inside the Conclave: The Politics of Picking a Pope 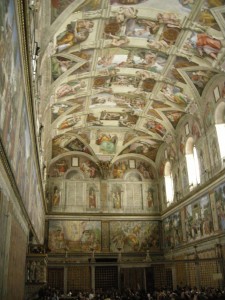 Centuries ago, the selection of a new Pope would involve locking Cardinals into the Sistine Chapel, where they would eat and sleep until a new pontiff was chosen.  In 2013, some creature comforts have been added to the arcane ceremony, but the inner workings of the Papal Conclave are still shrouded in mysterious ritualistic intrigue.

This Tuesday, March 12, a new conclave will commence to pick the 266th Bishop of Rome.   The 115 members of the college of Cardinals will commiserate at the Vatican where they cast their votes for Pope, while eating and sleeping at the Domus Sanctae Marthae, which is basically a hotel located inside the Vatican.   The voting members will still be locked inside the conclave while ballots are being cast.  The beginning of the ceremony traditionally begins with the words, “Extra omnes” which means “Everyone Out.” Once the area has been cleared of everyone but the Cardinals, the voting can begin. . . . Read Complete Report