CONSPIRACY Update: The Denver Airport went $2 billion overbudget as some Wonder, Why? 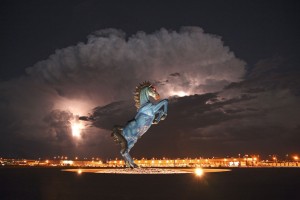 COLORADO —  The Denver International Airport (DIA) which opened in 1995, has been at topic of interest amongst travelers, researchers and conspiracy theorists since it’s conception.

IA is the largest airport in the United States and the second largest in the world to King Fahd International Airport.

The aesthetics of the airport were a particular concern amongst it’s designers according to public reports. Ominous art lines the interior and exterior of the massive 53 square mile complex, ranging from murals depicting some type of future apocalypse to massive statues which some say represent evil on every level. . . . Read Complete Extensive Report