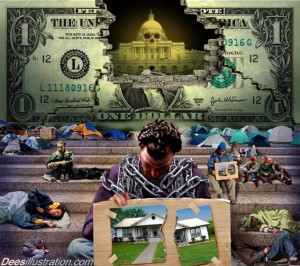 ” Insanity is Doing the same thing over and over again expecting different results.” Unknown original source, but very true. . . EDITOR

By Zachary A. Goldfarb, Published: April 2

The Obama administration is engaged in a broad push to make more home loans available to people with weaker credit, an effort that officials say will help power the economic recovery but that skeptics say could open the door to the risky lending that caused the housing crash in the first place.President Obama’s economic advisers and outside experts say the nation’s much-celebrated housing rebound is leaving too many people behind, including young people looking to buy their first homes and individuals with credit records weakened by the recession. . . . Read Complete Report
Category: Conspiracy Boogie /