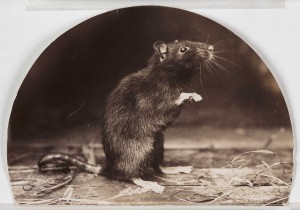 By linking the brains of a human and a rat, scientists have now helped a man wiggle a rodent’s tail using only the man’s thoughts.

Category: Advanced Science and Such, It's a Strange World After All / Tags: man, Rats, Tail, thoughts, Using, Wiggles