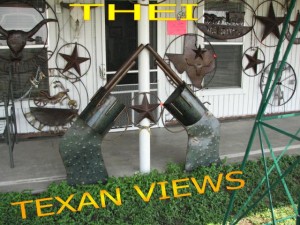 From Godfather Politics Posted 9 Hours Ago by Dave Jolly

Many people have been saying that guns are not the cause of violence, people are.  If someone intends to do harm to others, they will always find a way to do it.  If they can’t get a gun, they’ll use knives, bombs, poison, baseball bats and a whole list of other items that could be used.

Timothy McVeigh had access to guns, but chose to use a massive truck bomb to commit the greatest act of domestic terrorism in our nation’s history.  A number of Muslim extremists also use bombs, including ones strapped to their bodies to kill others.  In World War I, poison gasses were used to kill thousands of soldiers. . . . Read Complete Report

” We Wish We Could Protect Ourselves with Guns” – Witness of Mass Stabbing at Lone Star Collage.