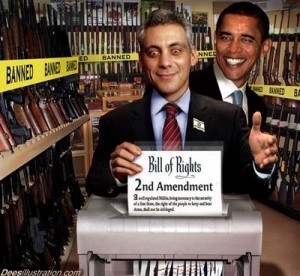 New York State is the testing ground my fellow Americans. Yes I know, some people in the country believe Obama and other politicians when they say they are not coming for your guns. But lo and behold there is a form of gun confiscation taking place in New York. In New York they are revoking gun permits and confiscating guns if you are on anti-anxiety medication. In fact, according to one report, not only is the Second Amendment being violated, but HIPAA laws are being compromised and there is violation of the Fourth and Fifth Amendment in some cases. David Lewis, 35, of Amherst, New York, who is a librarian with a Masters in Library Science from the University of Buffalo, received a notice that his permit was revoked and he was to turn in his weapons or they would come and get them and charge his with illegal firearms possession. . . . Read Complete Report