PASS ON: Scientists cure cancer, but no one takes notice 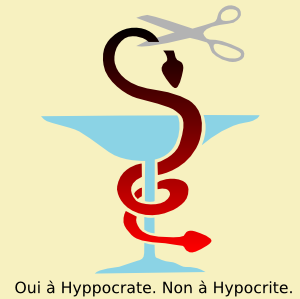 Here’s a story from Sott.com (Signs of the Times) that demonstrates just how much control the Controllers have over the media.  This time it illustrates how much control the pharmaceutical wing of the money collectors.  They are so brazen now that hopefully more and more people will be come outraged. Be sure and let you friends know about the NEW Hollow Earth Insider. We are now searching the web for news the establishment media would rather you not know about and update to the site daily. . . EDITOR

Scientists cure cancer, but no one takes notice

Canadian researchers find a simple cure for cancer, but major pharmaceutical companies are not interested.

Researchers at the University of Alberta, in Edmonton, Canada have cured cancer last week, yet there is a little ripple in the news or in TV. It is a simple technique using very basic drug. The method employs dichloroacetate, which is currently used to treat metabolic disorders. So, there is no concern of side effects or about their long term effects.

This drug doesn’t require a patent, so anyone can employ it widely and cheaply compared to the costly cancer drugs produced by major pharmaceutical companies.  . . . continue Report

Category: Sorry to Hear That /