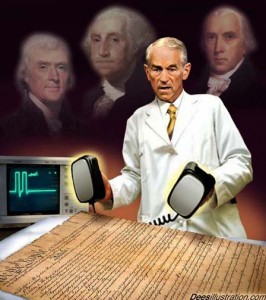 Ron Paul speaks at opening of Institute for Peace and Prosperity

Although Ron Paul retired from politics, he hasn’t left the conversation: the former Texas congressman has launched his new think tank — an institute that will carry on his ideals to the younger generations.