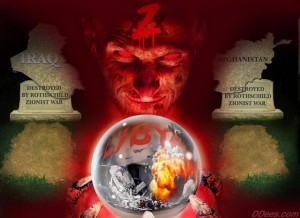 Appearing before Congress, with veins bulging on her temples and fists clenched, Hillary Clinton bellowed,  “What difference does it make?” in regard to how four Americans died in Benghazi. . . . Read Complete Report

Sec. Clinton answering Benghazi questions, but what is being hidden?

**HELP SPREAD THIS VIDEO AND MESSAGE!**

Wolf stressed that in the nearly five months since the attack, the Congress and the American people are no closer to understanding what caused the attack or bringing the terrorists responsible to justice. . . . Read Complete Report

As the embers continue to burn in aftermath of Benghazi, we’re now seeing insiders gaining the courage to come forward with the truth about the massive lie campaign we’ve seen from the failing security operation the US calls it’s CIA. . . . Description published w/video.

Sens. Lindsey Graham (R-S.C.), John McCain (R-Ariz.) and Kelly Ayotte (R-N.H.) wrote to Obama on Wednesday asking that names be released of the survivors of last year’s attack at the U.S. consulate in Benghazi, Libya, for interviews with Congress.

“In light of your comments yesterday about the Benghazi attacks, we again request your administration immediately provide the names of the Benghazi survivors to Congress so we can conduct interviews to gain a clearer understanding of what happened before, during, and after the attack,” the senators wrote. . . . Read Complete Report