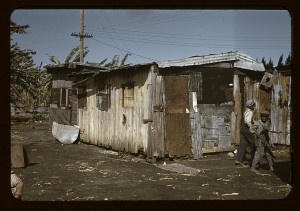 Is this another case of a state experimenting for the FEDS future plans.

Example: Massachusetts “Romneycare” being the state experiment that turned into “Obamacare”.   Is this the beginning of “debtors prison” in the United States? Something that the founding fathers never wanted to see implemented in our Republic . . . EDITOR

The Americans Civil Liberties Union on Friday revealed that courts in Ohio are illegally throwing poor people in jail for being unable to pay off a debt.

In a report titled, “The Outskirts of Hope,” (PDF) the ACLU shines a light on a harrowing “debtors’ prison” system in Ohio — one that violates both the United States’ and the Ohio constitution. Ohioans are being jailed for “as small as a few hundred dollars,” despite the constitutional violation, and the economic evidence that it costs the state more to pay for their jail sentence than the amount of the debt. . . . Read Complete Report