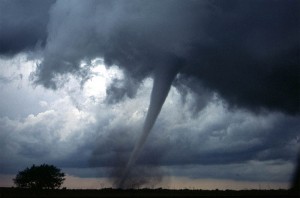 Featured Image: One of several tornadoes observed by the enVORTEX 99 team on May 3,1999 in central Oklahoma. SOURCE: Wikipedia Commons. (Public Domain).

Why would the Controllers want to create such a monstrous killer storm?

Check the timing.  The truth about this administration is catching up with them. If the Obama administration ever needed a break from media and citizen eyeballin’ it certainly would be right now even more than with the other suspected controlled storms we have covered (See link after video) . . . EDITOR