Revealed! Origin of the unicorn 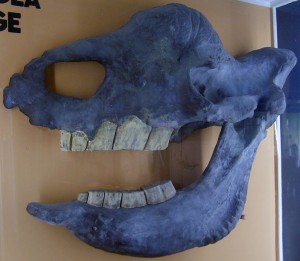 Although modern Indian and Javan rhinos have a single horn on their noses, the extinct one-horned rhino Elasmotherium was a source of the unicorn legend because it had a two meter-long horn on its forehead and lived with prehistoric humans that drew its image on cave paintings. All other elasmotheres had a weak or strong nasal horn, whereas Elasmotherium lost its ancestral nasal horn and instead developed a long frontal horn. . . . Read Complete Report