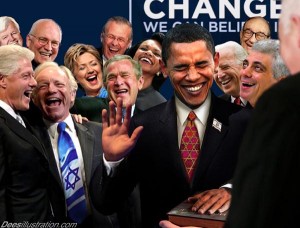 This is the full version of the “deceptions” film (58 m). It was produced by an activist with NO film making experience for $750 and it was released in 2010. In spite of his amateur status “deceptions” was well reviewed and has developed rather a “cult” following of well over 40,000 views in a “chapter ” format available on deceptionsUSA.com.

Deceptions is a six part film that traces a string of deceptions from 9/11, through the Bush and now the Obama years, oil and banking power and fraud, media collusion and the existence of a controlling elite.

It ends with a plea for the people of America to become citizen journalists – to report what they see and to encourage full discovery, disclosure and debate on myriad of issues that intentionally remain hidden from public view.