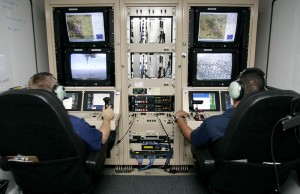 The Resident: Americans too good for drones

WASHINGTON (TheBlaze/AP) — Don’t even think about it. People who fire guns at drones are endangering the public and property and could be prosecuted or fined, the Federal Aviation Administration warned Friday.

The FAA released a statement in response to questions about an ordinance under consideration in the tiny farming community of Deer Trail, Colorado that would encourage hunters to shoot down the flying aircraft. The administration reminded the public that it regulates the nation’s airspace, including the airspace over cities and towns.

A drone “hit by gunfire could crash, causing damage to persons or property on the ground, or it could collide with other objects in the air,” the statement said. “Shooting at an unmanned aircraft could result in criminal or civil liability, just as would firing at a manned airplane.” . . . Read Complete Report