FBI Agent: We’ve Dismantled The Leaders Of Anonymous (With Videos) 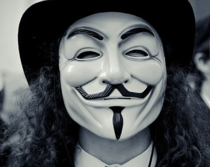 The hacker collective Anonymous has not produced as many high-profile cyber attacks as it once did, a drop-off that can be directly attributed to the arrests of the group’s core members, an FBI official told The Huffington Post this week.

Anonymous – “Dismantled By The FBI”