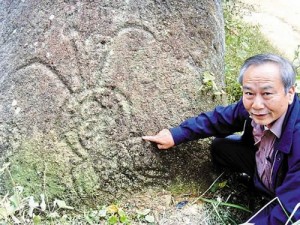 from beforeitsnews.com
China’s Savage War With Space Aliens
Tuesday, January 17, 2012 10:17
Some ancient writings of China that precede their calendar by as much as 300 years, suggest that regions to the north were invaded by extraterrestrial forces. These alien armies built pyramids, enslaved the people, and battled defiant Asian warlords. Yet another race, indigenous to the same area at that time, stepped into the battle. Gigantic men, 12-feet tall with flaming red hair and leather suits of armor, helped repel the alien intruders. It was a time when the ferocious giants roamed the earth. They saved China—and perhaps the world—driving the alien hordes back into the limitless depths of the void… read complete report
Category: UFO Enclosure / Tags: Asian, China, giants, space aliens, warlords