Workers find themselves replaced by robots (With Video Report) 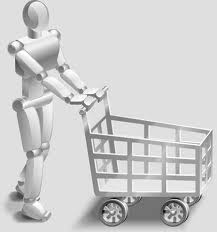 Robots Replacing Humans is a futuristic certainty that we have been following here at THEI for years. It’s scary enough by its self, but combine it with the controller de-population plans documented in the Agenda 21 contingency and it becomes downright horrifying. Once they teach robots to build themselves, and they are working on it as we have documented, the controllers might scale back on the number of us they think they need to take care of their elitist asses. . . EDITOR

No, that’s not the breathless opening line from a new science-fiction movie. Rather, it’s the sober, real-world prediction from a growing number of workplace analysts.

According to the MIT Technology Review, 45 percent of the jobs that exist today will disappear during the next 20 years because of advances in automation.

Yes, that means you could get replaced by a robot. . . . Read Complete Report

Replacing Humans with Robots…Good or Bad for Society?

–Foxconn will replace half a million workers with robots, and we discuss the potential overall effects of the ongoing replacement of workers with technology.