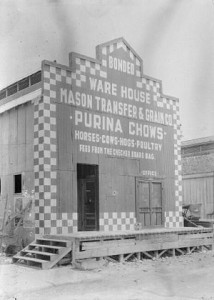 Is the warehouse featured in the photo one of the secret government warehouses? I can’t say, that’s a secret. . . . EDITOR

http://Expansions.com
The Syfy Channel investigates several secret government projects and coverups, including the Montauk Project. Stewart A. Swerdlow is interviewed throughout the show about his experiences in Montauk. First clip with Stewart begins around the 11 minute mark.