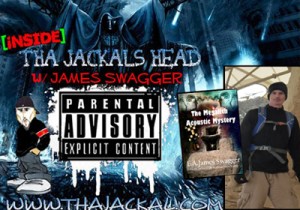 Join me Sunday Oct 27, 2013 at 10:00pm until 12:00am as I welcome radio host, author, and researcher James Swagger as we tackle the origins of the megaliths/pagans and how Halloween came about, the ancient cosmology of Ireland.

Make sure to bookmark this event, and check out this episode of my show.

James Swagger was first introduced to topical science writing for a historical mysteries magazine in Ireland. Sadly it doesn’t run anymore but it did wet his appetite for researching ancient knowledge and lost science in a professional sense. Initially it was for a favor due to his science and engineering background, although his career in this field soon took him away to Europe. James trained as a Systems Analyst in the energy industry. He has a taught Masters degree in engineering, a Bachelors degree in Physics with astronomy, and a Masters degree in Science, Research and Society. Initially James Swagger sought out the megalithic monuments of Western Europe in his spare time travelling around the UK, Ireland, and Denmark. His embrace of a multidisciplinary approach to the research of megalithic sites, and the larger view of ‘passage grave cosmology’ produced his first book,

He also hosts his very own internet radio show called Capricorn Radio, which explores historical mysteries. He interviews fellow authors’ to unveil the true cultural blueprint of humanity. History has always been a passion for James from early on, most notably Egyptology, Assyrian, and Akkadian civilisations of the middle-east.

The megalithic civilisation that dominates most of Western Europe also played a major role when James was growing up. James was born to Irish and Danish parents, whereby both countries host large numbers of well preserved passage graves and megaliths.

He had spent equal time in both countries growing up and we would regularly take the ferry run from Ireland to Brittany to get to mainland Europe. It was on one of these journeys to Brittany that he stopped off in Carnac. It was then in his middle teens, that the mystery deepened for him. He realised for the first time the scale of the megalithic civilisation, that it was lost, and that in the modern world we knew absolutely nothing of it.

It wasn’t until much later that he would research the megaliths in depth. Admittedly James finds the glory of Egyptian and Middle Eastern civilisations much more alluring than the megaliths. The mystery o fthe megaliths however are his first true calling in terms of research.