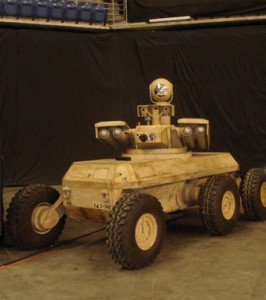 A proposal to pause the development of “killer robot” technology is seeing a surge of interest from robotics researchers as well as the representatives of key nations at the United Nations this month.

At a UN General Assembly First Committee on Disarmament and International Security side event Monday, mission delegates from Egypt, France, and Switzerland voiced an interest in regulating “killer robots” — completely autonomous weapon systems — in warfare. They are some of the first international voices backing ideas that the Human Rights Watch and Campaign to Stop Killer Robots have been championing for about a year. . . . Read Complete Report