The Resident: Your Obsolescence is Planned 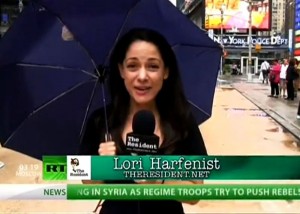 When Apple released its new iOS7 operating software, many people complained that it slowed down their older iPhones. The media promptly released stories, wondering if Apple was doing this intentionally, as a way to get people to buy new phones. The Resident (aka Lori Harfenist) discusses. Follow The Resident athttp://www.twitter.com/TheResident