Hummingbird-sized drones may be the Army’s next big thing 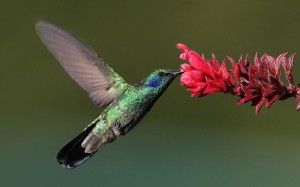 The Black Hornet is a small, flying object, weighing just over half an ounce. It may look cute, but it’s not a toy. It’s a drone. The Black Hornet was unveiled last week at the Association of the United States Army Expo in Washington, DC. The drone is marketed as a tool that soldiers can carry with them. While the US Army hasn’t used the hummingbird-sized drone yet, the British Army has used them in Afghanistan. RT’s Ameera David takes a closer look at the miniscule flying object.