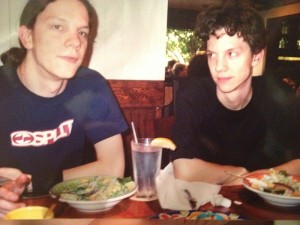 RT’s Anastasia Churkina reports from the Manhattan courthouse where hacker and activist Jeremy Hammond was sentenced to a maximum time behind bars of 10 years for breaking into 5 million emails of private security firm Stratfor and leaking the information to Wikileaks. The emails Hammond got hold of revealed that the company was spying on human rights activists on behalf of corporations and the U.S. Government.