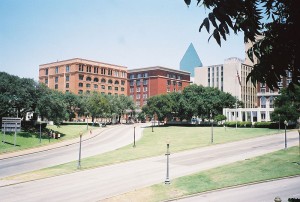 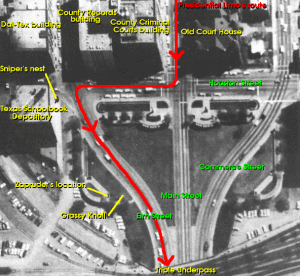 Alex and the crew are covering the controlled media spectacle and censorship surrounding the 50th anniversary of the John F. Kennedy assassination. The establishment media and the City of Dallas are working hand in hand to push their propaganda while banning anyone from handing out flyers and hanging banners anywhere in the city. As our first wave of reporters revealed yesterday, Dallas is literally covering up history by tearing out the concrete section of the road where Kennedy was killed and paving asphalt in its place. After last night’s successful protest outside the Dallas Federal Reserve, our crew overheard riot police say they wanted to take down Alex right after he stood up for free speech. Be sure to tune in for this explosive, bombshell transmission to watch history being made.