Male birth control pill is on the horizon 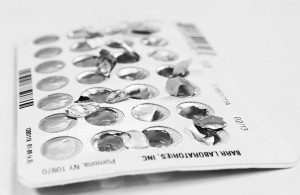 Birth control for men? Hell I didn’t even know men could get pregnant. Who checks these headlines? It is what it says.

Image:  NO this is not a photo of a pregnant man. The photo is just being used to illustrate why we need a pill. Who the Hell wants to see this at the beach? (Photo is actually of an Obese teenager) CREDIT James Heilman, MD SOURCE Wikipedia Commons (Public Domain)  . . . EDITOR

Women have been using the birth control pill as an oral contraceptive to prevent pregnancy since 1960. Men have had to turn to contraceptives like condoms or more permanent means, like vasectomies, to prevent pregnancies. But that may be changing. Researchers at a university in Australia say they may be close to developing a male oral contraceptive. RT’s Ameera David asks Elaine Lissner, the director of the Male Contraception Information Project, about what has taken so long to get men their own version of “The Pill.”