Hair Is An Extension Of The Nervous System 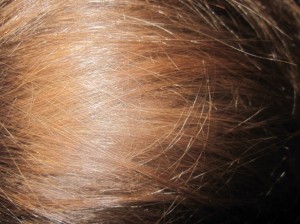 Why Indians Keep Their Hair Long

This information about hair has been hidden from the public since the Vietnam War .

In the early nineties, Sally [name changed to protect privacy] was married to a licensed psychologist who worked at a VA Medical hospital. He worked with combat veterans with PTSD, post traumatic stress disorder. Most of them had served in Vietnam.

Sally said, “I remember clearly an evening when my husband came back to our apartment on Doctor’s Circle carrying a thick official looking folder in his hands. Inside were hundreds of pages of certain studies commissioned by the government. He was in shock from the contents. What he read in those documents completely changed his life. From that moment on my conservative middle of the road husband grew his hair and beard and never cut them again. What is more, the VA Medical center let him do it, and other very conservative men in the staff followed his example. As I read the documents, I learned why. . . . Read Complete Report

Bring your own crayons as someone here at THEI.us ate ours. (no one is coping to it yet).  . . EDITOR