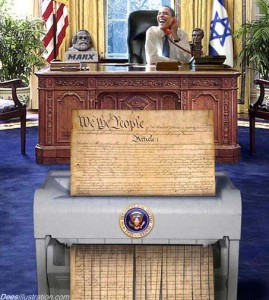 In an op-ed for Forbes.com, Ilya Shapiro outlines President Barack Obama’s “top 10 constitutional violations of 2013.” The list includes everything from the the delay of Obamacare’s “out-of-pocket caps” to political profiling by the IRS.

“Unfortunately, the president fomented this upswing in civic interest not by talking up the constitutional aspects of his policy agenda, but by blatantly violating the strictures of our founding document,” Shapiro writes in the Dec. 23 op-ed. “And he’s been most frustrated with the separation of powers, which doesn’t allow him to ‘fundamentally transform’ the country without congressional acquiescence.” . . . Read Complete Report