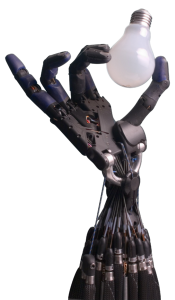 At LEGO World 2014 in Copenhagen, the third edition of the CubeStormer robot was unveiled, solving the Rubik’s Cube at a lightning pace.

The LEGO Mindstormes kit bricks are intelligent and programmable, powered by AA batteries. It runs a Linux operating system on an ARM-centered processor. The screen on the blocks is a monochrome LCD. There is an added SD card slot on all Mindstormes to expand the memory capacity and a USB port to add Wi-Fi connectivity.

Editor’s Note: What is basically a child’s toy manipulating a another child’s toy and solving a puzzle that most humans (adults) can’t solve at all. I had a really tough time deciding which category describes this story, Robotics, Distractions, or Sorry to Hear that, the latter category usually being reserved for stories of situations detrimental to society or the loss of a notable person. In this case, all apply, the notable person being the American worker.

As things tend to happen around here, my other half was editing pictures of a grandchild’s birthday party earlier today to post to Facebook. One of the children at the party, a particularly photogenic girl of almost 3, happens to have her own Facebook account and Brenda “tagged her” for the photos of her. Well, in the same photo album on Facebook is another photo that was taken in the early twenties and showing a women and three girls aged about 2, 4, and 6. It was posted by Brenda (my other half) to try to identify some of people in it, possibly relatives since the print was in her mothers photos. Facebook picked up on the youngest child in this nearly century old photo and wanted to tag the account of the current almost 3 year old. And, by golly, there is a bit of a resemblance, at least enough to make the Facebot image system notice it. Then, we realized there is at least an even chance the birthday party girl is related the “old” girl. All of which adds both a haunting feeling for how strong genetics can be and a haunted feeling that Facebook can make that kind of a connection. They aren’t perfect at recognizing faces, though, it also wanted to tag one of the teenagers as the fuel oil tank. So another category is being added, Serendipistickity, where somebody drew a good conclusion based on really bad science..

At the same time, a PBS documentary was running in the background about the The New York shirtwaist strike of 1909 also known as “The Uprising of the 20,000”. Workers, mostly Jewish women, led by Clara Lemlich and supported by the National Women’s Trade Union League of America (NWTUL), the strike began in November 1909. In February 1910, the NWTUL settled with the factory owners, gaining improved wages, working conditions, and hours. The end of the strike was followed only a year later by the Triangle Shirtwaist Factory Fire, which exposed the plight of immigrant women working in dangerous and difficult conditions. Hence, now that ecen toy robots can solve complex movement tasks at lightning speed, garment workers can begin their traing as robot maintenance personnel, and a few will even still work. Watch the video and tell me this thing can’t be taught to make shirts 24/7.