The Revelation Of The Pyramids (full length video) 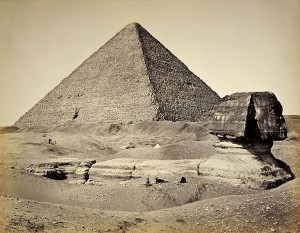 The Pyramids contain much knowledge that has been lost over the ages. However I have never personally bought into the claim that the pyramids were built in the way the so-called “experts” tell us – with a bunch of slaves hauling and lifting blocks the size of a Cadillac automobiles using only hemp and logs. That is not logical . . . in fact I have a lot of problems swallowing the whole story of building huge ancient monuments in widely separated areas around the world during different points in history using the primitive tools and methods of construction available at the stated times in history… i believe that this is the best video yet addressing the subject. . . EDITOR

Category: It's a Strange World After All / Tags: history, huge ancient monuments, Pyramids