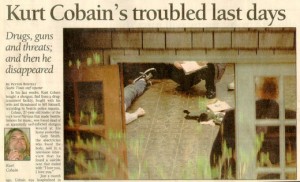 I’ve been holding on to some information for quite awhile. After sitting a long time with it and talking to Duncan [O’Finioan], I’ve decided to reveal it. Also, some corroborating evidence has come to light that have given us a few more pieces to the puzzle.

If you read the comments to the blog, you may have come across the excellent and insightful writing of Sierra Peterson. Sierra has had her own experiences and has dealt with many who have been involved in MK ULTRA-like projects, Satanic Ritual Abuse, and other similar projects and programs. She gives an excellent distillation of mind control as a whole as well as recounts countless others testimonies in her blog, Watching the Watchers.

Part of her comment reads thusly, as she recounts meeting Jack Sarfatti, who offered her a job with the CIA, incidentally:

One of the people he [Jack Sarfatti] mentioned hooking me up with was Hank Harrison, Courtney Love’s father, who has been accused of domestic violence by every single member of his family. Jack told me that Harrison is an ‘expert in mind control’ (direct quote).”