The Depopulation Company in the News Again: Monsanto Accused Of Ghostwriting Study Saying Its Weed Killer Is Safe 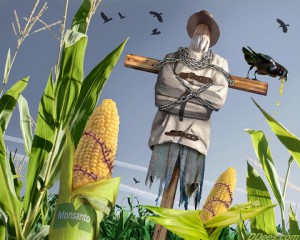 An ongoing court case against agrochemical and biotechnology giant Monsanto Co. centers around the claim that the corporation failed to adequately warn farmers about the allegedly carcinogenic properties of glyphosate, a key ingredient in its “Roundup” weed killer. Adding to the accusations, plaintiffs now allege, according to Reuters, that Monsanto’s shady practices extended to having employees ghostwrite a scientific study initially used to evaluate the pesticide and collude with the U.S. EPA. . . . Read Complete Report

Published on Mar 15, 2017
Unsealed court documents have been released that reveal emails between Monsanto and officials at the Environmental Protection Agency showing the two groups working together to draft reports saying that RoundUp’s active ingredient glyphosate does not cause cancer

Category: Advanced Science and Such, Conspiracy Boogie, Eyeballin' the One World Order, Fighting Back /