The Mark of The Beast Coming to Workplace near you 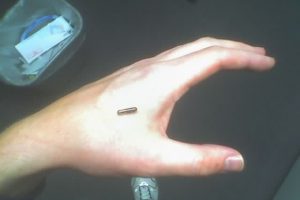 Companies Have Begun Implanting Microchips in Workers – tech and science

The Associated Press reported Monday that companies there have begun implanting microchips in their employees, marking the first time the practice has been used on a broad scale.

“What could pass for a dystopian vision of the workplace is almost routine at the Swedish start-up hub Epicenter,” AP reports. “The company offers to implant its workers and start-up members with microchips the size of grains of rice that function as swipe cards: to open doors, operate printers or buy smoothies with a wave of the hand.”

Epicenter, home to more than 100 companies and about 2,000 workers, began offering the implants in January of 2015. Now, about 150 workers have been chipped.