IS TRUMP A TRAITOR OR A F*CKIN GENIUS ? You Decide 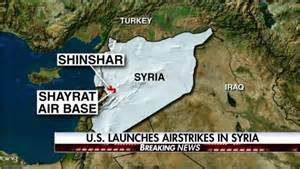 US Bombs Syria – National Security Or Aggression? With Guest, US Rep. Thomas Massie

President Trump’s decision to fire 59 Tomahawk missiles into Syria in retaliation for an alleged Assad chemical attack is said by the president to be in the “vital national security interest of the United States.” Does he think Syria is about to attack us? US Rep. Thomas Massie (R-KY) joins the show live from the studio.