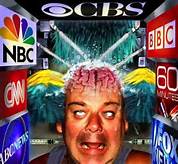 Reporter Spills the Beans and Admits All the News is Fake!

A top German Journalist and Editor Dr. Udo Ulfkatte has just gone public with some shocking admissions. He basically admitted what all of us who read the alternative media such as BeforeItsNews have known for a long time – the entire mainstream media is totally fake! He went into a very detailed talk in this video and spilled the beans about everything! He talked about how the CIA gets control over all of the major journalists.

I’m going to give you all some examples of how the media is controlled by the government and how most of what we’re told is a lie.
Here we chronicle everything from Elise Labott taking demands from the state department regarding what to tweet on Hillary Clinton to CIA operations and the testimony of whistle-blowers from the inside.

Reporter gets angry and tells us the REAL news

Now the video above is what I want to see on the news! To bad it’s only a British Comedian doing a  satire scripted spoof. Or is it? (More truth here than the “real” reports scripted that we see on the boob tube by the talking heads if you ask me). . . Your Editor Editor Dennis Crenshaw