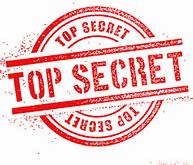 A declassified U.S. Government documentary history of the momentous 1953 coup in Iran, in which Central Intelligence Agency personnel participated, had been the object of widespread demand from historians and others for decades. In recent years, it finally seemed to be on the verge of publication.

But now its release has been postponed indefinitely. . . Read Complete Report

Having developed and utilized unmanned aerial systems (UAS, or drones) for surveillance, targeting and attack, the US military now finds itself in the position of having to defend against the same technology.

Disclosing classified information to foreign government personnel is ordinarily forbidden, and may constitute espionage. But sometimes it is permitted, even to non-allies.