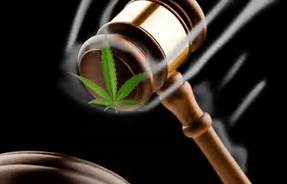 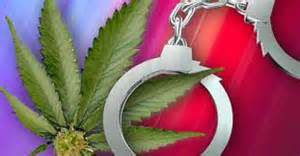 “You are basically taking something that can be very harmful for an individual, and substituting it with another chemical, just like you would any other drug, that has a wider safety margin… So, if the goal is to decrease the body count, the goal would be to get them on to a chemical that was safer,” said Dr. Altvater.

Marijuana addiction treatment for opioid dependency has been proven effective. The Journal of the American Medical Association (JAMA) released a study in 2014, showing that the states in which medicinal marijuana usage had been legalized, there was 25 percent fewer opioid-related deaths. A representative from Maine, Diane Russell, posed a legitimate question: “Why take a solution off the table when people are telling us and physicians are telling us that it’s working?” . . . Read Complete Report

Links to More on The Subject “Cannabis treating Addiction”

In the video on page one Trump said the legalization of marijuana was a States Rights issue.

Now President Trump plays one of his trump cards giving his REAL POSITION on the issue and joins the money elite who own the for profit prison system, liquor, and pharmaceutical industry who spend millions – probably trillions – lobbying against legalization.

What happened to it being a States Rights Issue?

Not only is Donald Trump a puppet to the Controllers, but he is also a two faced, in-your-face, DAMN LIAR!! . . .Your Editor Dennis Crenshaw

Donald Trump is coming for your legal weed

“White House press secretary Sean Spicer suggested Thursday the federal government could crack down on recreational marijuana use across the country, even in states that have legalized the drug.

Spicer’s comments during the daily White House press briefing came in response to a question from a local Arkansas reporter, who asked whether President Donald Trump was OK with Arkansas’ medical marijuana law, rules for which were recently approved by the state’s Medical Marijuana Commission.

Spicer said Trump approves of medical marijuana use — which could help provide relief to the chronically ill — as opposed to recreational use, which Spicer suggested was tied to the opioid crisis many states are currently facing.

Mr. Spicer, read my lips. The cause of the opioid crisis is prescription drugs that are being pushed by the medical profession for HUGE PROFITS. . . You Editor Dennis Crenshaw

Jeff Sessions vows to ruin more lives than ever in order to protect people from the ravages of pot. Ana Kasparian and John Iadarola, hosts of The Young Turks, discuss. Tell us what you think in the comment section below. http://tytnetwork.com/go