Huey P. Long: The Good The Bad and the Ugly 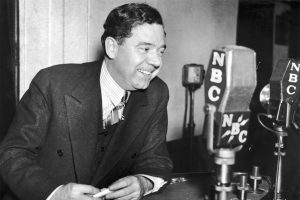 Some loved him and some hated him but no one ignored him. There will never be another like him.  But my question is – was the murder of “The Kingfisher” a crime commented by “one lone nut” or was this the making of another “patsy”?

Was this, in fact, the first in a long line of assassinations of a popular political threat by the Secret Societies of the elitist Controllers to reach their agendas? You be the judge . . . You Editor Dennis Crenshaw

December 1934. Huey Long speaks passionately about income inequality and the wealthy in the United States.

All The Kings Men

See priceless and rare footage of the actual Kingfish in action and see the real story right here! This newsreel culminates footage from Paramount and Pathe News, which we are the copyright holders of.

See Page 2 for The Rest of the Story 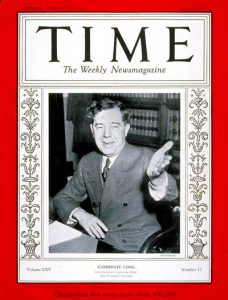 THE ASSASSINATION OF HUEY LONG

The Assassination of Huey Long – Part 2 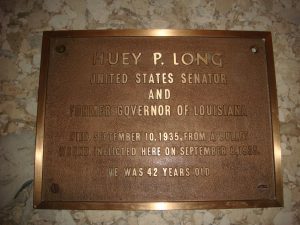 It is personally hard for me to believe that a man who was going to shoot another would take the time to punch him in the mouth. What’s the point? . . Your Editor Dennis Crenshaw

Populist Louisiana Senator Huey Long and his alleged assassin Dr. Carl Weiss die in a hail of bullets. Without physical evidence or a clear motive, the doctor’s family doubts his guilt. 75 years later, Weiss’s son and his family delve into an intriguing past to question the official story.

Director David Modigliani & Producer Yvonne Boudreaux talk about their film 61 BULLETS, how they came across the story, and talking about theories while down in Louisiana.

THREE MODELS FOR THE ASSASSINATION OF HUEY LONG