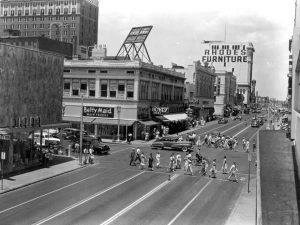 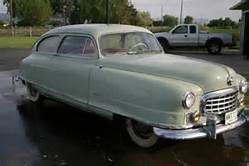 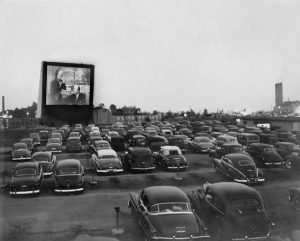 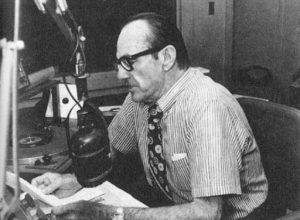 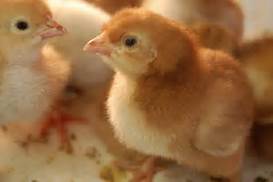 WLAC in Nashville was one of the first 50,000 watt radio stations to play music by black artists. At night, it could be heard as far away as Canada, and helped change the musical tastes of American youth in the 50’s

Robert Johnson is the father of the blues and is said to have sold his soul to the devil at the crossroads of Highways 49 and 61 to be able to play the guitar with the power he had. . .

A break in the music to look at the legend of Robert Johnson and his trip to the crossroads and what some of the witnesses who knew him at the time have to say. . .

Slim Harpo Baby, Scratch My Back

Here is a radio commercial from WLAC for the Royal Crown Hairdressing used by yours truly to keep my pride and joy duck tail haircut in place through a whole  night of dancing.  The voice you hear making this rare commercial is none other than Little Richard. (As if you couldn’t tell). . . Your Editor Dennis Crenshaw

Prior to “Village of Love,” Fortune’s biggest-selling record was likely “Bacon Fat” (Fortune 831 and Epic 9196, late 1956) by Andre Williams and His New Group, which featured Williams’ proto-rap over a sleazy, bluesy arrangement. “Bacon Fat” (the name of the song refers to a dance) reached No. 9 R&B on the Billboard chart in early 1957 after it was leased to Columbia’s Epic subsidiary for national distribution.

Here is the original Hound Dog recorded by Big Mama in 1951.

Sonny Boy Williamson – Keep it to Yourself

Lightnin Hopkins – Have you ever loved a woman

Sonny Terry & Brownie McGhee – You Bring Out The Boogie In Me

John Richbourg of WLAC on the occasion of his final radio show on WLAC-AM Nashville after 31 years. From Programmers Digest, courtesy of Pat Reilly. 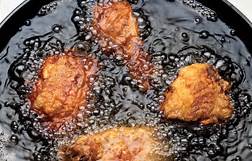 Well there you have it. A little piece of my life time love of the blues. I know I got carried away but I could have added hundreds more of my favorites R and B recordings and artists. Of course there is nothing stopping you from exploring YouTube and other places on your own to find the blues you personally like, and I hope you do.

However, I would not be satisfied with this posting without including one more song.  The blues song that I feel was written just for me.  Sonny and Brownies recording of, “White Boy Lost in the Blues”. . . Your Editor Dennis Crenshaw

White Boy Lost In The Blues

By the way… The song was really written for the white boy heard on the recording playing piano and singing and playing second harp during the last verse, John Mayall. . . Your Editor Dennis Crenshaw.

Night Train was produced in Nashville from TV station WLAC Channel 5 and aired from 1964 – 1967. The show was hosted by Noble Blackwell. On this edition we have the talents of Buddy and Stacey, Jimmy Church, The Avons, Spidels, Tony Clarke, Pamela Releford and several other acts. The picture & sound quality are a bit rough on this one but I know you’ll enjoy the program