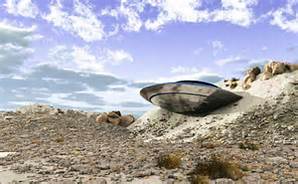 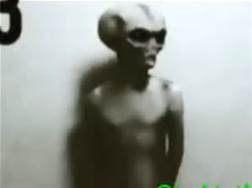 Real UFO Crashes Alive Aliens Recovered Filmed & Answer What Extraterrestrials Want. Ovnis.
We all know what happened on Nine Eleven. But Do you know what happened two days prior? On Nine Nine? Aliens came here from the future to collect evidence lost in earth calamities. You shall know everything after seeing these amazing UFO crashes videos that you never saw before because they were highly classified. And we only can show it because of former US President Jimmy Carter provided them to us last month. Of course, some of the crashes might be meteors, satellites or man made objects but majority of them are out of this world, literally.
Some crashes left not only thousands of witnesses baffled but physical evidence behind. There are not only giant smoking craters like these that appeared overnight but physical parts of UFOs spaceships made from unknown on earth metal alloys found by multiple witnesses. Usually men in black come and confiscate any parts they could ever find, but even after their raids – dozens of those alien object remained in private possessions after witnesses found them at UFO crash or hard landings sites.
Some UFO crashes like this recent one in Pacific Ocean near California shore, you just saw were very well documented and filmed from multiple angles with different cameras. Entire shore was locked down and searched by military. 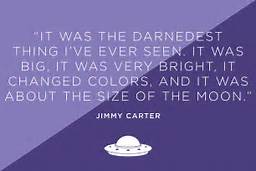 These footages are highly classified and only saw a daylight today because former US president Jimmy Carter gave us access to these incredible video files. Bodies of several humanoids they either fished out from Pacific Ocean or found after searching the shore. After that, aliens were transferred to Sierra Nevada mountain research facility for further study.
Several UFO crashes like this one in Colorado were filmed from start to finish and produced alive Grey alien humanoids. Greys traveled from the future to observe their evolution and collect the historical evidence. In other words, grey aliens are future humans and they do travel though time. While reptilian aliens travel not though time but though space only. Reptilians have very different agenda. They want humans to revert to their reptilian roots rather than becoming Greys. And they do not easily crash and burn unlike Greys. But we will show Reptilians in our other video.
Many aliens survived the spaceship crashes and were forced to run and hide until they either deployed they rescue beacons and picked up by other Greys or captured by man in black – special paramilitary unit. There is a secret agreement between Greys and US government to return any captured Greys and keep their presence in secret. So man in black would rather eliminate witnesses by wiping they memory rather than disclose Greys.
Grey Extraterrestrials are highly advanced comparatively to humans. So why do they crash and burn? The answer is: Those saucers you saw crashed are not designed to travel across the universe. They are mere cheap expendable time machines designed to make it though time. And dead aliens you saw – are not dead at all. They are just expendable bodies of the advanced alien race. They are just dolls – the same like our bodies. Movement devices that connected to global information field. Once one doll is expired they simply fill the other one. The same applies to humans, except we do not have the technology to manipulate the next doll exactly as we want to but we don’t just disappear either. Death is human made concept. But don’t take it from me, take it from aliens themselves.

Major News Outlets Recorded UFO Aliens In San Francisco – City Of Extraterrestrial Stargate
This is the place where San Andreas Fault Meets Pacific Ocean San Francisco / San Mateo Border. No native Indian ever set foot there because elders say once you do you will be trapped in the portal between worlds. April 2017. 1 Mile east of this alien portal. End of John Daly Boulevard near Highway 1. Driver claimed he crashed the car because he saw alien creatures out of this world. He was taken to mental institution.
Then this Kron 4 reporter footage surfaced. Reporter was able to send the file before his camcorder was taken by “man in black” as car accident evidence. Watch very closely white CIA Bus now
Why do you think 60 out 500 US Billionaires live in San Francisco? And those 60 have more money than 4 billion of poorer humans combined. Several of them made a secret pact and invested billions of dollars to reopen the portal to let alien force in the city. Work started in 2006 with symbolic gesture of installing giant bronze Augustus Rodin Gates of Hell in Stanford – 10 miles from the actual portal place. Right after that, city was overrun with weird people who look like they came from the different time realm. 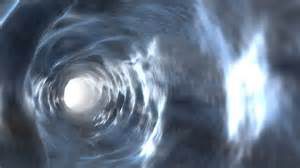 It took them 11 years and all Illuminati help they could get to complete the portal. I will explain how it works in separate video. But I will tell you that they used multiple ultra violet lasers projected in specific spot on the sky to burn the hole in the time space continuum. In April 2017 science and magic came together with help of billions of dollars and their work was finished. This portal was opened in Silicone valley. It was 3 miles or 5 kilometers high and created a hole in the sky leading to space 12 miles or 20 kilometers wide. At the day of opening stunned Bay Area residents saw two sunsets. One from the west and the other one from the east. National news companies explained the phenomena saying that sun refraction from Pacific ocean and San Francisco bay created the illusion of two suns setting in the west and east. In the reality, the portal in the east was so much brighter than the actual sunset that many were temporarily blinded by the glowing sky. It was so bright, that residents of Snow Sierra Nevada were calling firefighters telling that Sierra forest is on fire.

The next day – entire Pacific ocean shifted away from the shore and UFOs filled the sky. In the city it felt like you weighting less than usual because the strong wind was sucking you upward. That wind also dispersed heavy clouds over Bay Area. All of them except one. In April multiple news companies showed you those pictures of oval cloud over Golden Gate Bridge. But they failed to mention that it was not a cloud at all but multiple geometrically perfect UFO disks entering city skies. They also failed to mention that one oval cloud strangely disassembled itself into 3 perfectly oval disks. What are the chances that it was done solely by wind? Curiously, millions of multiple smaller oval disks filled San Francisco bay and much of Pacific Ocean. Local news announced that they came from a Chinese Cargo ship spilling container of Styrofoam plates near Golden Gate Bridge. However, none of millions these swimming Styrofoam plates was found on the shore. Millions of them spilled and not single one found. Ever? But it was just the start of city transformation.
First, some non material ghost-like substances begin to materialize in nearby parks and forests. They were filmed by at least half a dozen residents and tourists. Again, the news official explanation was: it’s a fire retardant somehow mysteriously escaping from the ground. There were no words in the news at all about multiple UFO that were filling San Francisco sky. When multiple eyewitness called major news companies, they came on air and made the following statement: after controversial reports about oval clouds over San Francisco, we refrain from any farther comments regarding recently reported multiple paranormal activities till the full and throughout investigation is complete. According to our sources, recent events are part of extremely elaborated and expensive hoax perpetuated by one or several of San Francisco billionaires. Really, San Francisco billionaires have nothing to do with their money than create weird atmospheric and ground phenomena throughout San Francisco area? I don’t think so. In fact, I know that portal exists and all these UFOs are coming from it, because I saw it with my own eyes and camera.

The Truth is Somewhere

I don’t know why I’ve been waiting all these years for the promised UFO disclosure from our Government that some people in the UFO community have been telling us is “just around the corner” for the last 20 years; after all, Jack Nicholson gave it all away back in 1969 in the movie Easy Rider.

Of course he wasn’t visited by the Men in Black or assassinated to shut him up or anything.  After all it was obvious he was under the influence of the “killer weed” and who the hell is going to believe a pothead?.

Blast from the Past: Jack Nicholson explains UFOS – From Easy Rider
The Truth is Somewhere