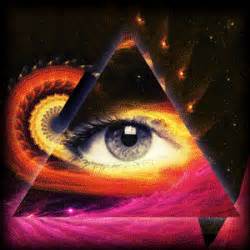 Greenwald: Empowering the “Deep State” to Undermine Trump is Prescription for Destroying Democracy

http://democracynow.org – Some supporters of Trump, including Breitbart News, have accused the intelligence agencies of attempting to wage a deep state coup against the president. Meanwhile, some critics of Trump are openly embracing such activity. Bill Kristol, the prominent Republican analyst who founded The Weekly Standard, wrote on Twitter, “Obviously strongly prefer normal democratic and constitutional politics. But if it comes to it, prefer the deep state to the Trump state.” We talk about the deep state with Pulitzer Prize-winning journalist Glenn Greenwald, co-founder of The Intercept.

The Deep state is running a coup d’etat against President Trump by employing Nazi Germany style propaganda techniques to assassinate his character. New evidence has come out via a private investigator hired by former DNC Staffer Seth Rich’s family indicating that Rich had been the one responsible for the DNC Leaks and not the Russians. Five-time Emmy-award winning reporter Sharly Attkisson poised the thought provoking question “If the Democratic National Committee, or DNC, claimed its email system was hacked by Russia, why didn’t it let the FBI examine its email server? While MSM pundits boisterously admit that the Comey memo is the Deep States revenge against Trump for firing Comey, talks of Trumps impeachment create panic at wall street and the dow sheds 300 points which can be compared to the market following the Monica Lewinsky scandal.