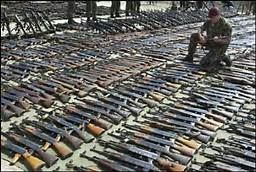 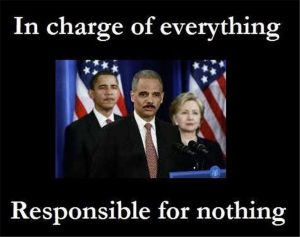 Question: Is Holder a lying weasel? Yes or No? Or could it be he actually is just this grossly and utterly incompetent?

Therightscoop.com reports Issa admits at the end of this clip that he intentionally treated Holder like a hostile witness because of his lack of cooperation with congressional attempts to get information from the DOJ about Fast and Furious. In fact Sheila Jackson-Lee comes to Holder’s defense, twice, as Issa won’t allow Holder to filibuster his questions.

Issa to AG Holder: Who Is Responsible for Operation Fast & Furious?

Holder Gets Ripped For Not Being Able to Answer Questions

Rep.Jason Chaffetz (R-UT) blasts Eric Holder for not being able to answer any questions about Fast and Furious

Sheriff Paul Babeu implicates Eric Holder and the Obama Justice Department as accomplices in the crimes involving weapons used in the “Fast and Furious” scandal.

“Gunwalking”, or “letting guns walk”, was a tactic of the Arizona Field Office of the United States Bureau of Alcohol, Tobacco, Firearms and Explosives (ATF), which ran a series of sting operations between 2006 and 2011 in the Tucson and Phoenix area where the ATF “purposely allowed licensed firearms dealers to sell weapons to illegal straw buyers, hoping to track the guns to Mexican drug cartel leaders.” These operations were done under the umbrella of Project Gunrunner, a project intended to stem the flow of firearms into Mexico by interdicting straw purchasers and gun traffickers within the United States.

The stated goal of allowing these purchases was to continue to track the firearms as they were transferred to higher-level traffickers and key figures in Mexican cartels, with the expectation that this would lead to their arrests and the dismantling of the cartels.[6][8][9] The tactic was questioned during the operations by a number of people, including ATF field agents and cooperating licensed gun dealers. During Operation Fast and Furious, by far the largest “gunwalking” probe, the ATF monitored the sale of about 2,000 firearms, of which only 710 were recovered as of February 2012. A number of straw purchasers have been arrested and indicted; however, as of October 2011, none of the targeted high-level cartel figures have been arrested.

Guns tracked by the ATF have been found at crime scenes on both sides of the Mexico–United States border, and the scene where United States Border Patrol Agent Brian Terry was killed. The “gunwalking” operations became public in the aftermath of Terry’s murder. Dissenting ATF agents came forward to Congress in response. According to Humberto Benítez Treviño, former Mexican Attorney General and chair of the justice committee in the Chamber of Deputies, related firearms have been found at numerous crime scenes in Mexico where at least 150 Mexican civilians were maimed and killed. Revelations of “gunwalking” led to controversy in both countries, and diplomatic relations were damaged.

As a result of a dispute over the release of Justice Department documents related to the scandal, Attorney General Eric Holder became the first sitting member of the Cabinet of the United States to be held in contempt of Congress on June 28, 2012. Earlier that month, President Barack Obama had invoked executive privilege for the first time in his presidency over the same documents.

Notice: I am not looking to make any profit from this exploitation. I am simply a concerned patriot volunteering his time to assist in exposing the corruptness in our government and it’s dealings with the New World Order