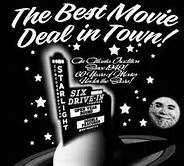 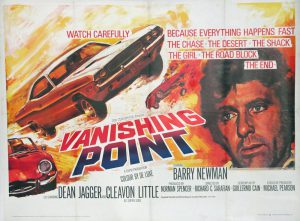 THE ROAD AHEAD INTERSTATE HIGHWAY SYSTEM

Presented by Caterpillar Tractor Co. and narrated by Walter Cronkite, THE ROAD AHEAD traces the birth of the interstate highway system beginning in June 29, 1956 with the passage of the Federal Aid Highway Act and the launching of the Interstate Defense Highway Program. This was the largest construction project in the history of the world, to build highways spanning the North American continent. At 3:00, you will see the first highway built at St. Charles, Missouri. As Cronkite states at 3:45, the investment was estimated at $50 billion dollars through 1975. The era of the automobile had truly arrived once the construction was complete. . . Read Complete Description

This was the first “A” Rock “N” Roll movie, High-Budget and in color. . . . Your Editor Dennis Crenshaw

Most of the hot rod gang movies of the 1950’s was just that – Hot Rods, bad boys and drag racing, with a little fist fighting and sweet romance. thrown in for good measure.  This feature is a little different. Sure you have the fist fight and the other stuff you’d expect in a film from from the period.

But instead of Hot Rods the teens in this film drive Corvettes.  And. despite the name, Drag Strip Riot, instead of hanging at the drag strip they get their excitement from sports car road racing. Which makes it a little different.  Some Some good racing footage is a bonus. . . .Your Editor Dennis Crenshaw

See you Next Week