Never Forget: The Nukes N. Korea is Threatening to Use on America CAME FROM AMERICA 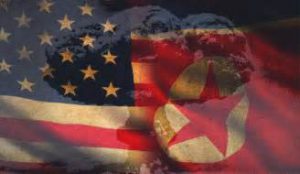 Never Forget: The Nukes N. Korea is Threatening to Use on America CAME FROM AMERICA

As the US beats the war drums to attack North Korea, most Americans have no idea the US is responsible for the dictatorship’s nuclear arsenal.

For more than a decade, North Korea has been unsuccessfully attempting to prove its military might to the world through a series of failed missile launches, nuclear proliferation, and threats to anyone who attempts to come near their border. And for more than half a century, the US has enabled and funded it. If North Korea does ever launch a nuke, it will be because the US government and its assets helped to put it in their hands.

In spite of threatening nuclear war on the world, however, most countries have never acted on their threats. However, the Trump administration appears to want to change that. . . . Read Complete Report