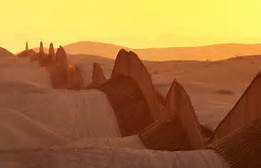 DHS will be starting the US Mexico border wall in the Rio Grand Valley soon to slow undocumented illegal aliens entering the US. 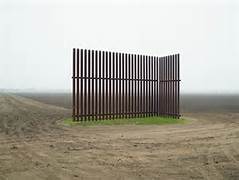 Infowars reporter Joe Biggs takes to the sky to demonstrate just how serious this manufactured border meltdown really is. With aerial proof of a nonexistent border fence on a large portion of the Arizona/Mexico border, it becomes even more obvious that the border collapse is an orchestrated and contrived assault on the American people.

In this exclusive Infowars Nightly News report, Alex Jones, while at Big Bend national park on the Texas-Mexico border proves how porous the border really is by personally video-taping illegal immigrants crossing the Rio Grande river. This footage was shot just days before Barack Obama during his 2013 presidential State of the Union address said, “We can build on the progress my Administration has already made — putting more boots on the southern border than at any time in our history, and reducing illegal crossings to their lowest levels in 40 years.”

The border report continues after Alex and his crew pull into a Border Patrol checkpoint roughly 75 miles inland from the Texas-Mexican border. Armed with information about the realities of immigration and border control, Alex skillfully uses the correct words to end his interrogation and quickly send him on his way.

The No Man’s Land Beneath the Border Wall

There’s a small stretch of soil north of the Rio Grande river that’s still part of the United States, but exists below the Mexican border wall. The Atlantic went inside this no-man’s-land to uncover what life is like in a place that feels like not-quite America, but not-quite Mexico.

CNN’s Ed Lavandera gets a rare look at tunnels underneath the wall along the US-Mexico border.

As Congress looks to significantly boost funding for the U.S. Border Patrol as part of a new immigration bill, we investigate the impact of the police buildup at a West Texas checkpoint. The Sierra Blanca checkpoint along Interstate 10 was set up to catch major traffickers and immigrants who entered the country illegally. But the checkpoint now busts thousands of unsuspecting Americans a year for low-level drug possession — including some famous musicians.

When a headless body washed up in the calm waters of the Texas gulf coast, investigators began to unravel a crime that led first to a drug cartel assassin, then to a locked safe containing​ more than a kilo of cocaine, methamphetamine, a gold-plated pistol— and U.S. Border Patrol agent Joel Luna’s badge.

For more, read the story ‘Not One Bad Apple’: https://www.theatlantic.com/politics/… 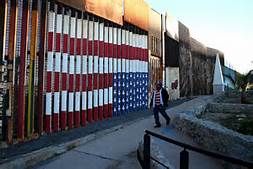