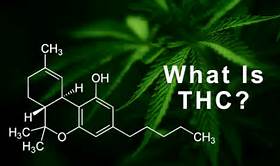 The historic Nov. 2016 ballot initiatives to legalize cannabis brought a resounding win for freedom in several states, with the exception of Arizona. There, voters narrowly rejected decriminalization, in no small part due to a massive anti-pot propaganda campaign funded in-part by Big Pharma.

Arizona-based Insys Therapeutics gave $500,000 to a group called Arizonans for Responsible Drug Policy, which amounted to 10 percent of the group’s total money used to manufacture and disseminate anti-pot propaganda. Some of the scare tactics Insys used itself was to claim that legalization “fails to protect the safety of Arizona’s citizens, and particularly its children,” and that production of “narcotic raw materials” promotes abuse.

Both of these claims are patently absurd coming from a pharma corporation under investigation for bribery and marketing fraud relating to its synthetic opioid Subsys — . . . Read Complete Report