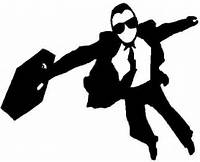 The Original 1971 newscast with Walter Cronkite announcing the hijacking of Northwest Airlines flight 305 by a man calling himself Dan Cooper.

The Skyjacker That Got Away (Full Documentary)

In 1971, a hijacker, named Dan Cooper, parachuted from a plane with a request of $200,000, crafting the FBI’s only unsolved hijacking case. With help of modern forensics, experts hope DNA analysis will solve the mystery

A never-released edition of FBI Files. It was never released. Subscribe for more FBI Files episodes.

Who is the real D.B. Cooper? The 40-year-old mystery is nearing a close thanks to private investigator and attorney Galen Cook. Watch my latest film to find out the latest breaks in the case!

UPDATE: New video now posted. The DB Cooper money has been found. It is my personal belief that DB Cooper, obviously, had a very sophisticated plan with back-ups built in, something not covered in any documentary. He had to know that hundreds of people were going to be looking for him when he landed; therefore, he hid the money in several places in case he got caught.