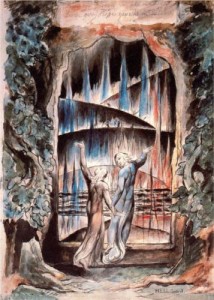 It’s an ancient legend: Located in scattered areas of Earth are openings, doorways, gates, if you will, to some unseen underworld, also variously referred to as hell, Hades and Dante’s Inferno.

Researchers exploring the famous Twins Cave outside of Jerusalem have uncovered evidence of some pagan rituals, dating back to the Roman Empire, that suggest people may have believed the cave was a portal to this underworld.

Bar-Ilan University archaeologists found 42 clay lamps — dating to the late Roman period — in a 70-foot-long vertical shaft inside the cave. It’s speculated that the lamps may have been used in ancient rituals between the 2nd and 4th century C.E., to supposedly guide the Greek goddess Demeter into Hades to search for her missing daughter. . . . Read Complete Report